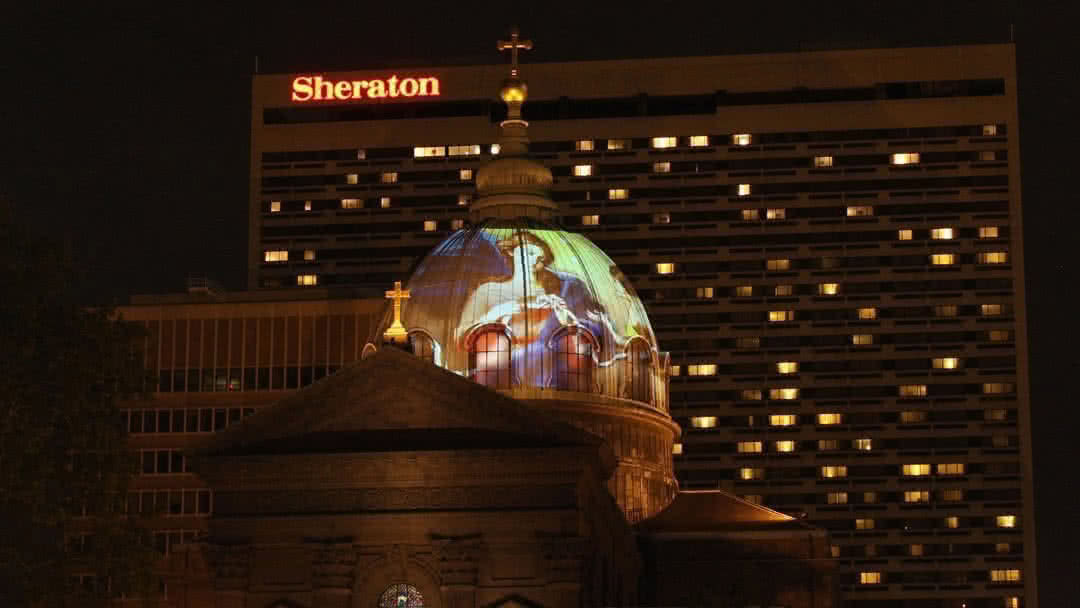 Starlite Collaborates With Local Artist During Papal Visit In Philadelphia

Starlite and local artist, Meg Saligman have an extensive history of working together on one-of-a-kind projects – and this project was indeed unique and challenging.

The challenge was threefold:

First, we were tasked with projecting high-resolution images incorporating the iconic architectural features of the Cathedral Basilica of Saints Peter & Paul on an extremely oxidized copper dome (i.e. aqua).

We chose the Barco HDQ-2K40 projector which, with its 40,000-lumen output we were reasonably confident that it would do the trick, even though getting the 462-pound projector to the top floor would be a bear.

Next, projecting on a domed surface required the use of pixel mapping, which Starlite handled via it’s Hippotizer V4 media server.

Lastly, we had to locate the projector some 400 feet away from the dome, on the top floor of a hotel across the street, which was in the midst of a renovation…and just to make it a bit more challenging – where the Secret Service were positioned!

The content featured a 15-minute video reel consisting of various religious imagery and symbolizations that played on a loop every night of the World Meeting of Families.

While a project of this caliber requires weeks or months of planning and coordination, it is exhilarating to see such a historical go off flawlessly. 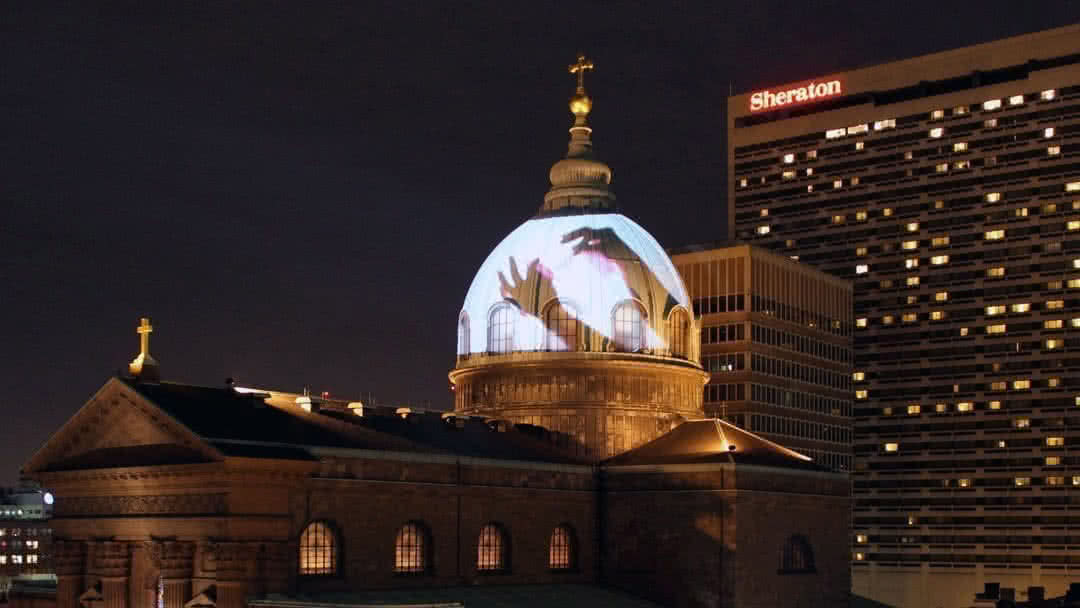 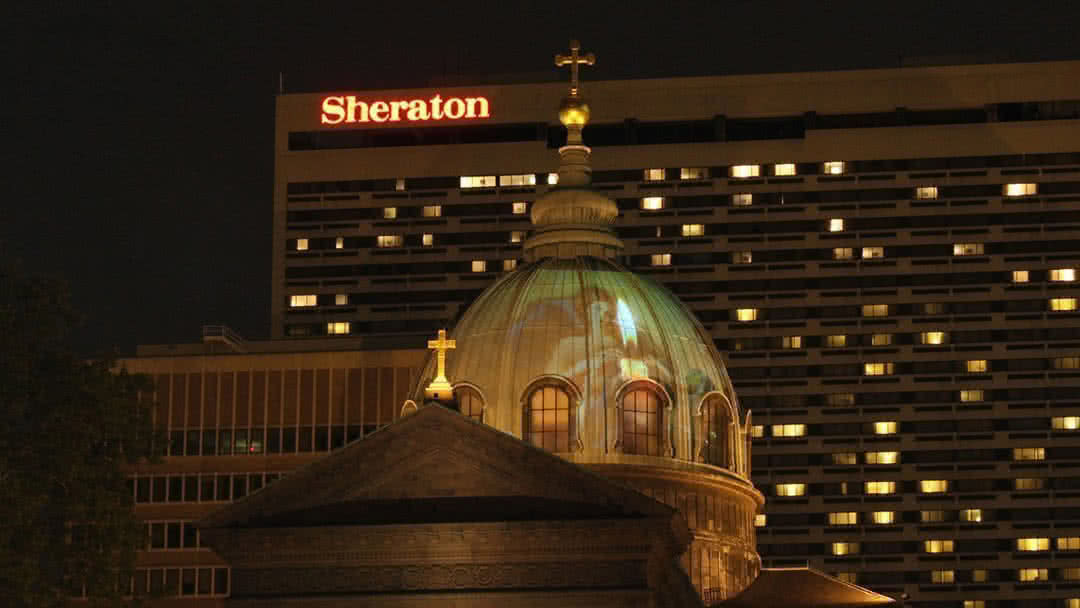